I was extremely fortunate and honoured to win the Birdlife 2012 Photo Competition. The prize was a trip to the Sub-antarctic Islands off New Zealand with Heritage Expeditions. I had no experience with seabirds so I made a point of getting on as many Pelagics out of Wollongong(Gallery for July, August, October) during the later part of 2013. I am glad I did as I have now developed a love for Seabirds and in particular the many Albatross species that live in the Southern Ocean. I also didn’t get seasick which I was hoping was a good sign.

I would like to thank Canon Australia for their generosity in supplying me with some amazing gear for the trip. I was stoked to use Canons flagship camera the 1DX. It is an incredible camera and the 12 FPS sure helped capture some great photos. To complement the 1DX I was supplied with the super fast 300 2.8 IS II and the super sharp Canon 24-70. Without this wonderful gear many of my photos would not have been possible. I will be writing a review of the gear in the near future. You can read about what gear I took and how I fit it all inside a Think Tank Airport Commuter in my review. Did I mention I love Canon 🙂

I flew from Sydney to Christchurch and stayed a single night in Christchurch before flying to Dunedin. I visited Lake Ellesmere in the hope of seeing NZ’s endemic Wrybill. Unfortunately I underestimated the size of the Lake and had no real idea where the birds were. I was a little mad at myself for not contacting a local birder for directions. I did see some Double-banded Plovers (Banded Dotterel in NZ) feeding on the dry lake bed so made an attempt to photograph them. I was a little surprised how flighty they were as I have had no problem getting close on the beaches of Australia. I ended up simply laying down and waiting for the birds to come close to me. They mostly kept their distance but I was happy with the result.

The morning before my flight I had a quick visit to Canterbury Agricultural Park off Warren Crescent, Christchurch. There is a small lake with several native plants which appear to have been planted around the lake. It was a nice spot with a number of birds. I mostly observed introduced species but there were a number of waterbirds which was my main interest. I wanted shots of NZ endemics ducks but only had distant view of the NZ Scaup. Whilst laying in the reeds some Black-winged Stilts (Pied Stilts in NZ) flew in and I had an enjoyable session with them. A pair of Australasian Shovelers also came reasonably close allowing some shots. It seemed ironic that I travel to NZ only to photograph birds we get in Australia.

We boarded the Spirit of Enderby on Tuesday the 3rd of December at the Port of Dunedin. There was a buzz of excitement as we settled into our rooms and the boat set a course for the Snares Islands.

As we left Dunedin we passed Tairoa Head and observed a small number of Northern Royal Albatross nesting in the grass. There were also a large number of Spotted Shags roosting on the cliff.

We then headed South following the coast of NZ. It didnt take long before the Cape Petrels started to follow the ship. They are a striking looking bird with their distinctive plumage. I spent the afternoon getting some photos.

We encountered a few Albatross mainly Salvin’s, Shy and Southern Royal Albatross. We also saw large flocks of Huttons Shearwater and Sooty Shearwater. There were a few Storm-petrels with the Black-bellied the only positive ID I made. There were also a number of Prions with Broad-billed and Fairy both seen.

I was lucky to stay in a Superior Plus cabin which had its own ensuite. The only downside was it was on the 400 level at the front of the boat which meant we really felt it when the boat pitched and rolled.

I have only ever completed a handful of pelagics in relativily calm water out of Wollongong so I was a little apprehensive about seasickness. I took Travelcalm Ginger, Travelcalm and wore the bands. Others ate raw ginger and some had the patches. I only felt a little quezy at dinner on the first night only nibbling at my dinner.

Unfortunately several people on the boat were sick and there were several empty seats at most meals.

I attempted to find a fellow birder or photographer but was surprised to only find one birder from Adelaide and a keen wildlife photographer from NZ. Luckily I got on well with both and we spent plenty of time together during the voyage.  I found the lower deck at the rear of the boat was the best spot for photographing the many Albatross passing the boat.

On the Tuesday we made it to the Snares Island’s. The Snares are located 209km southwest of Bluff (Bottom of the South Island, NZ) and are the closest Sub-antarctic Island to New Zealand. The Islands have no introduced pests and is relatively unchanged since the discovery of man. As a consequence wildlife has flourished and it is home to hundreds of thousands of seabirds and is also home to some endemics such as the Snares Penguin, Fernbird and an all black NZ Tomtit.

I was paired up with a Penguin expert from Christchurch named Thomas who was on the journey to see the Snares and Royal Penguins. So we were both excited and hopeful that the weather would allow a zodiac cruise to see the endemic Snares Penguin up close. I was also hoping to get views of the Fernbird and Tomtit.

Unfortunately the weather was deemed too rough and we were unable to do the zodiac cruise. The boat cruised past the famous Penguin Slope and we all got distant views of the Snares Penguin.

Fortunately there were a few Snares Penguins who decided to check out the boat allowing good views and a few photos.

After a short visit we set a course for the Auckland Islands. I did a bit more birding off the back of the boat and was happy to see an adult Campbell Albatross which would be a very common occurrence the closer you got to Campbell Island. It really was tough work off the back of the boat as the weather was less then ideal. I must give some credit to the impressive 1DX which performed well in the conditions and coupled with the ever reliable 400 5.6L managed at least a few good shots.

On the afternoon of Wednesday the 4th as we made our way to Auckland Island there was a medical emergency on the boat. A passenger had fallen down an internal stairwell and broken her leg. Due to the rough seas it was deemed too unsafe for a helicopter to fly out to the boat. A decision was made to return to the safety of Stewart Island. I felt extremely bad for the poor passenger but there was a feeling of disappointment on the boat that we would have to spend an extra day at sea.

We returned to Stewart Island on Thursday the 5th of December. We were lucky to have nice weather as we entered North Arm harbour at the south of the Island. It sure was a pretty sight to cruise past this untouched part of NZ. I can only imagine this is how much of NZ looked prior to human habitation.

We arrived at the northern most point of North Arm where the Russian crew, the doctor and Heritage Staff organised the extraction of the injured passenger. She was placed on the Zodiac and taken to shore where a chopper collected her and I believe she was taken to Invercargill Hospital. I heard later that she had also fractured her hip during the fall and had to undergo surgery.

We left the safety of Stewart Island and made our second attempt at getting to the Auckland Islands. Due to the nice weather I did some pelagic birding off the rear of the boat. Myself and fellow birder John were chatting when we both spotted a very dark headed Shy type of Albatross. I managed to take a couple of shots as it passed the boat.

We spent the entire day and most of the night completing the 400km journey to the Auckland Island’s. The entire boat were excited to finally touch terra firma after 3 full days at sea. Thanks for reading part 1 and keep an eye out for part 2. Cheers, Duade. 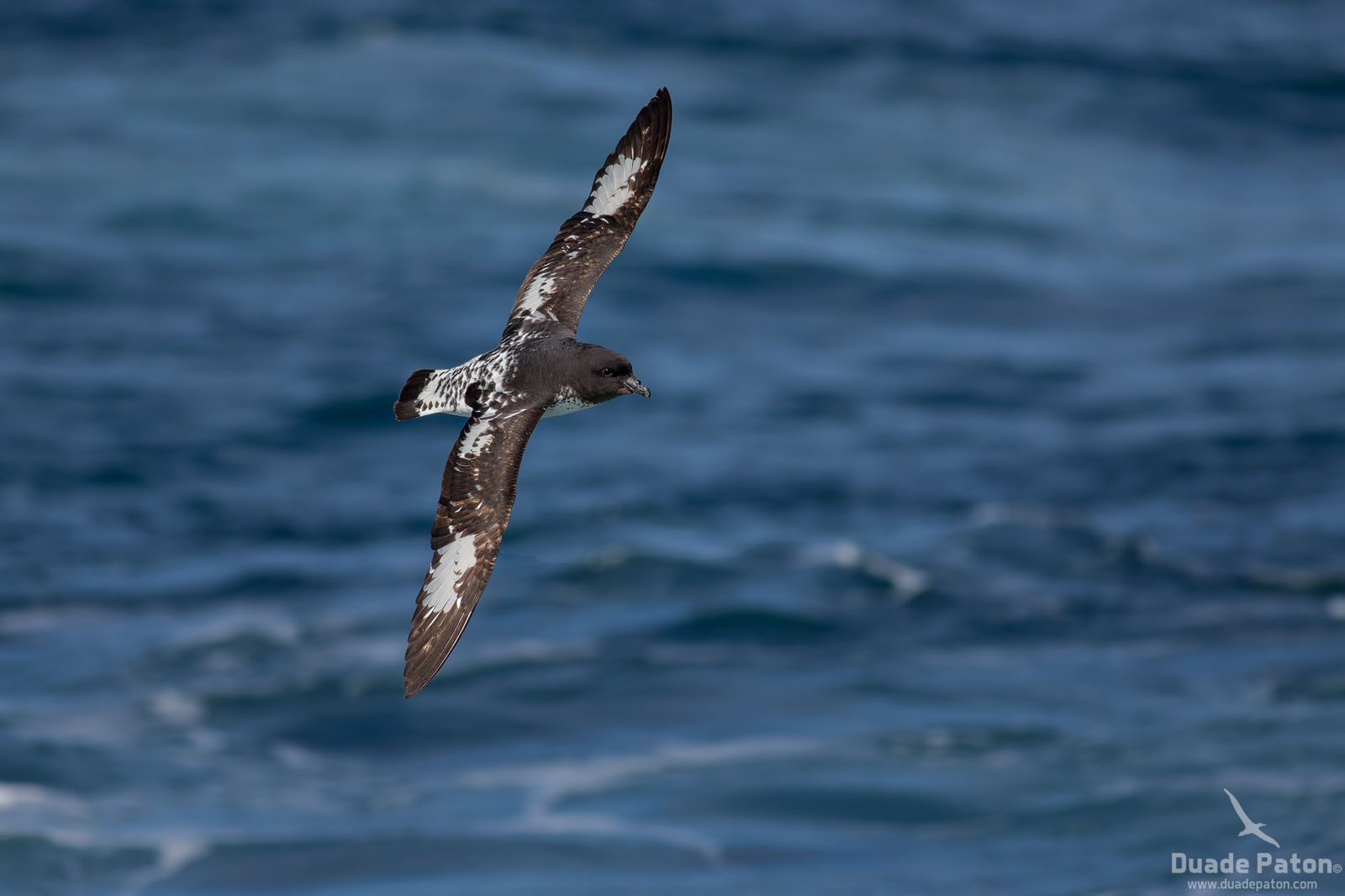 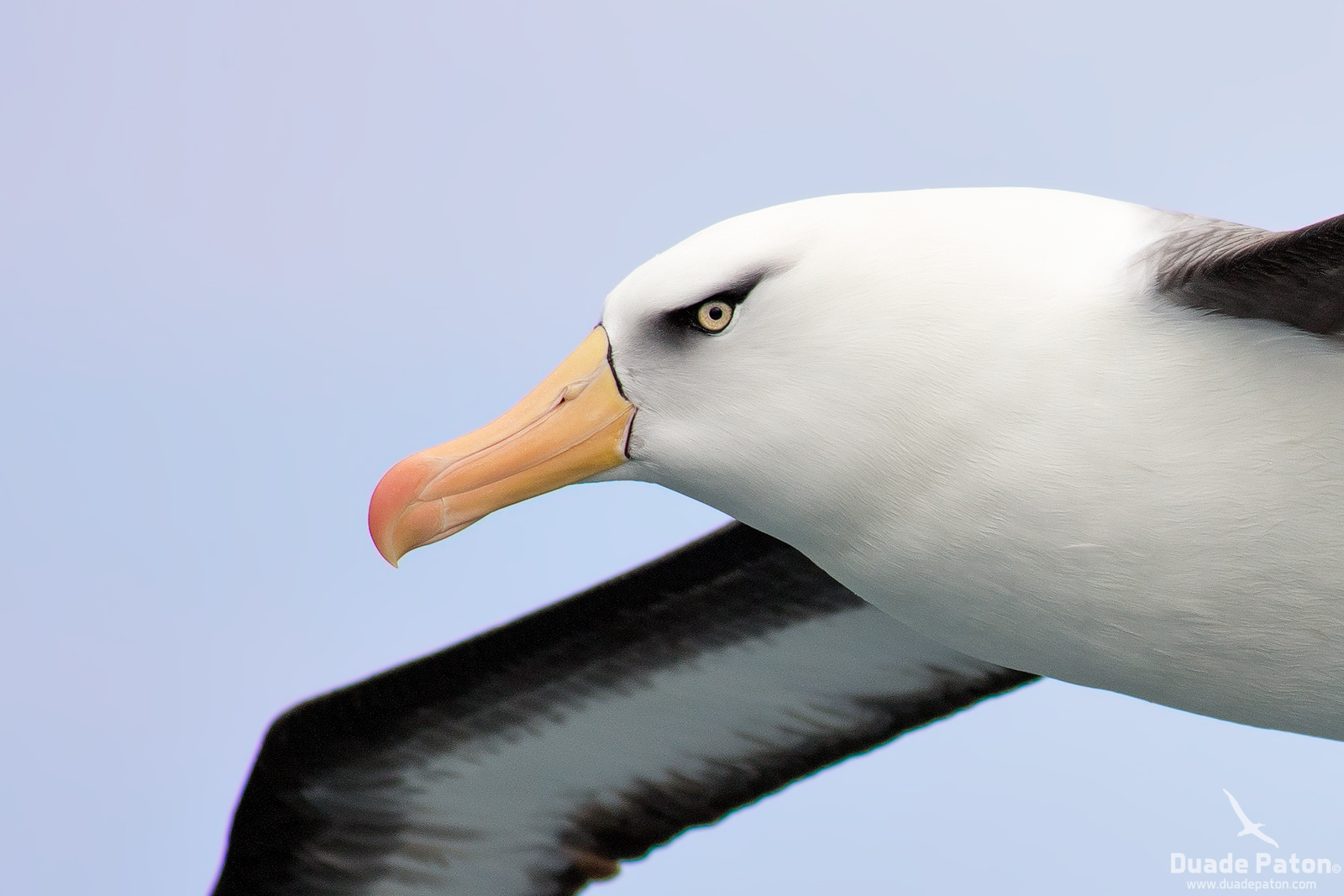 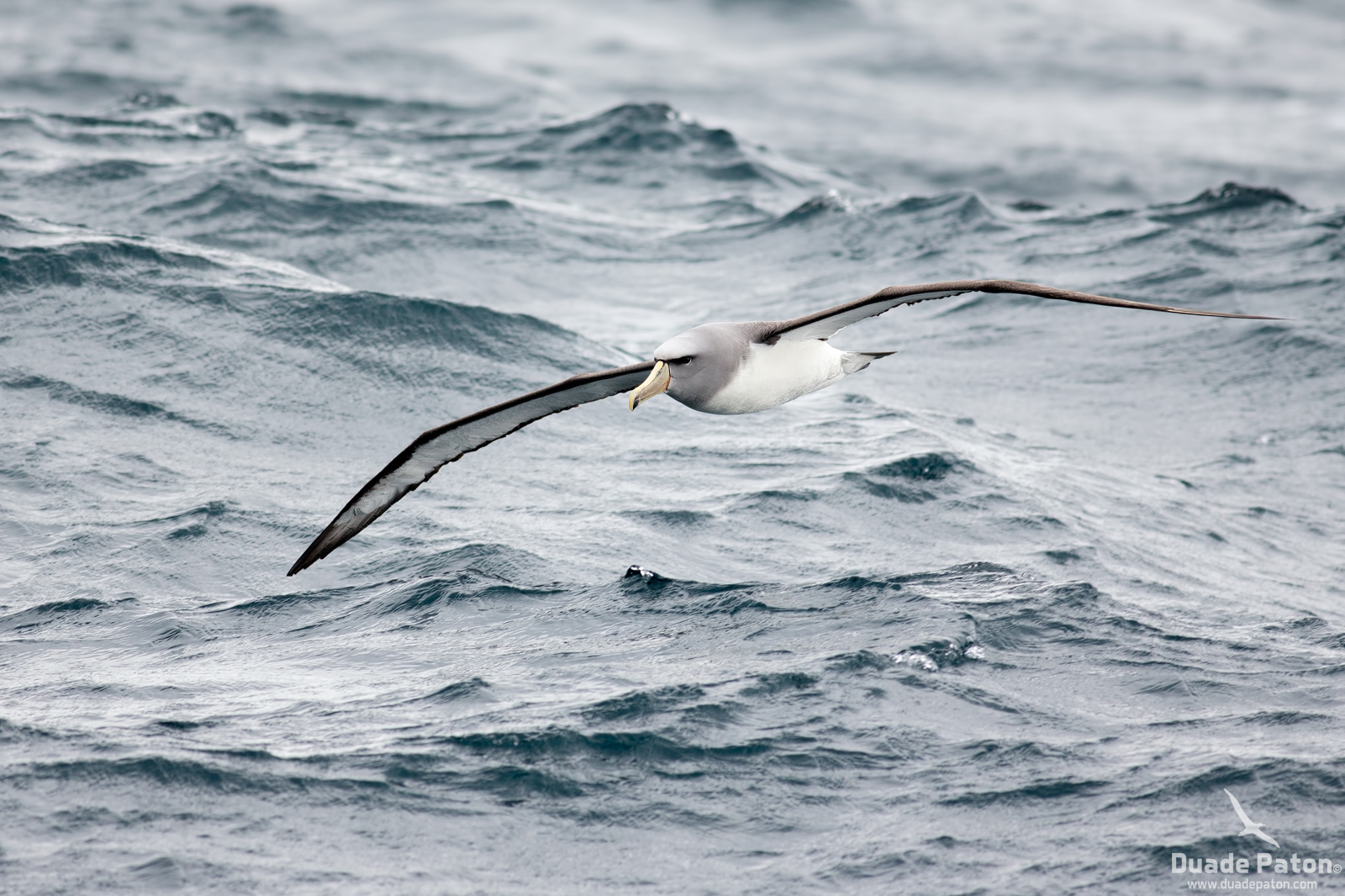 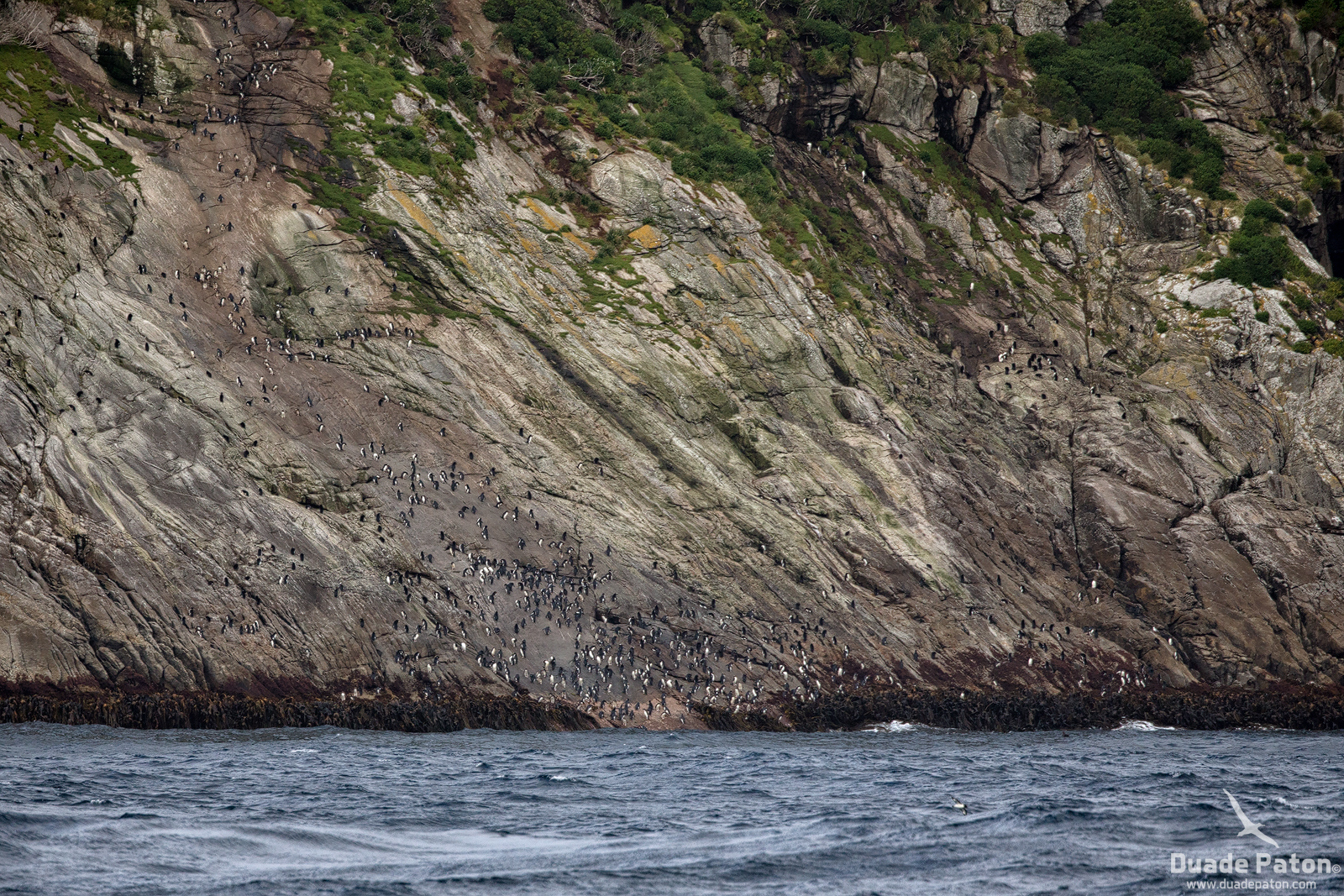 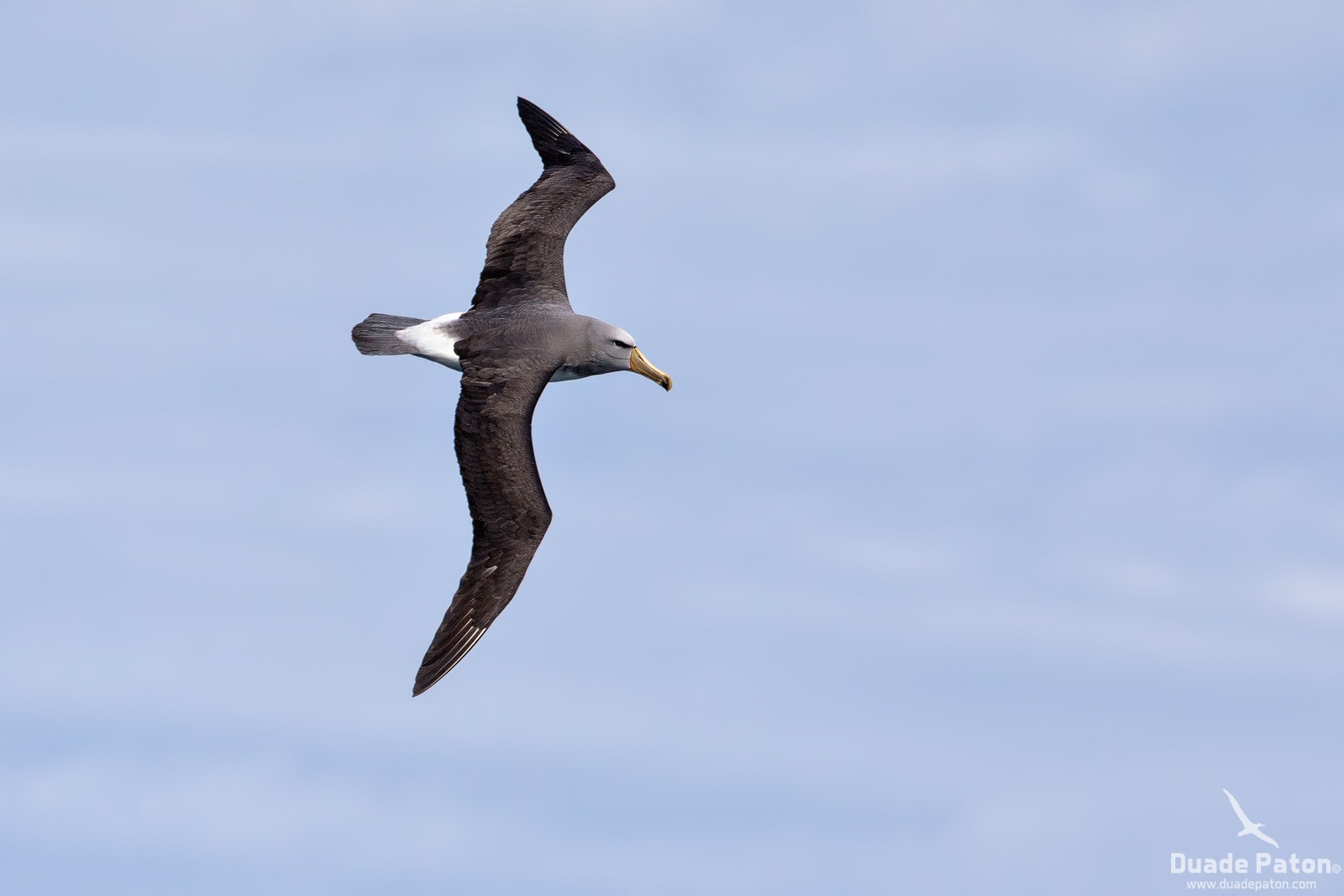 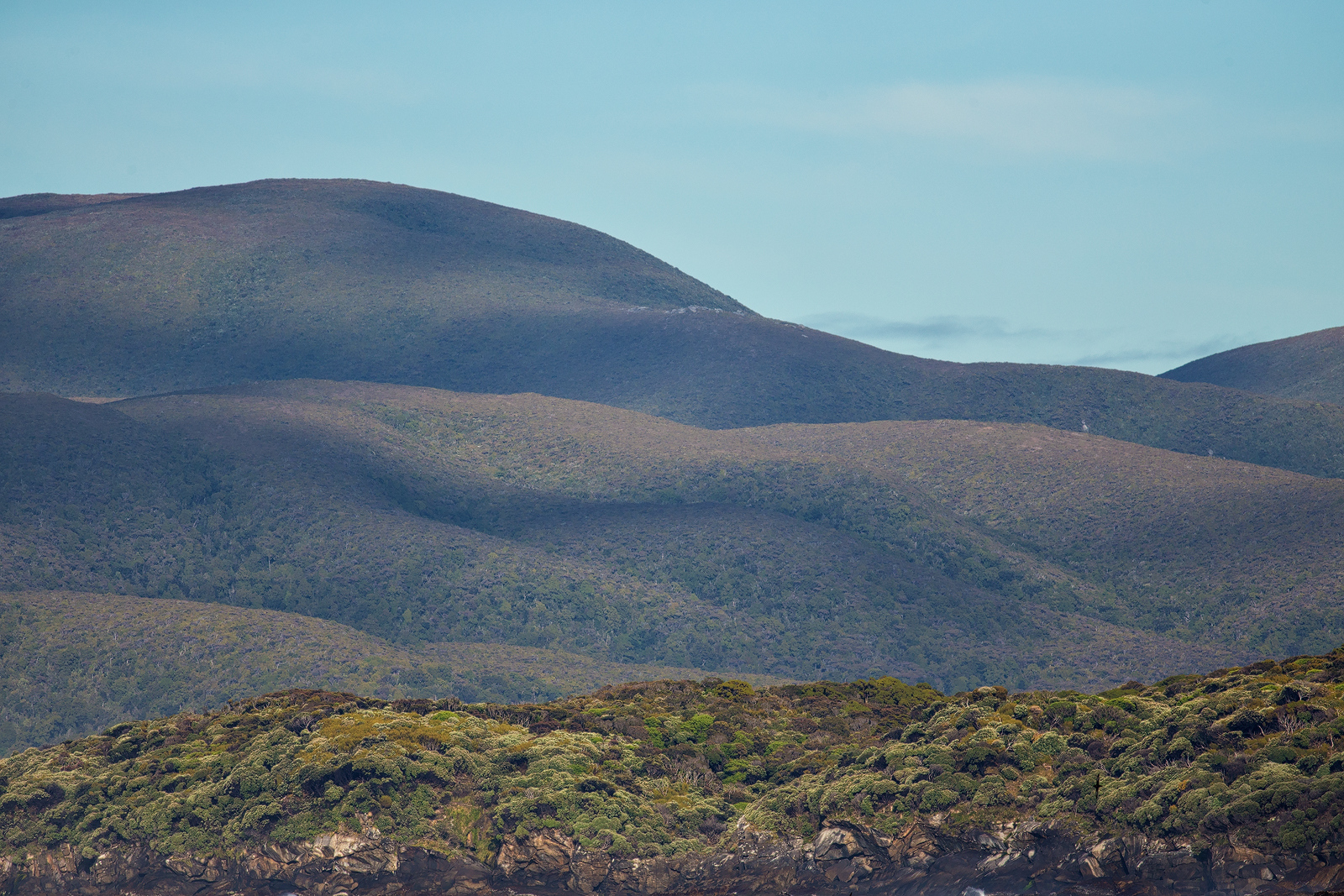 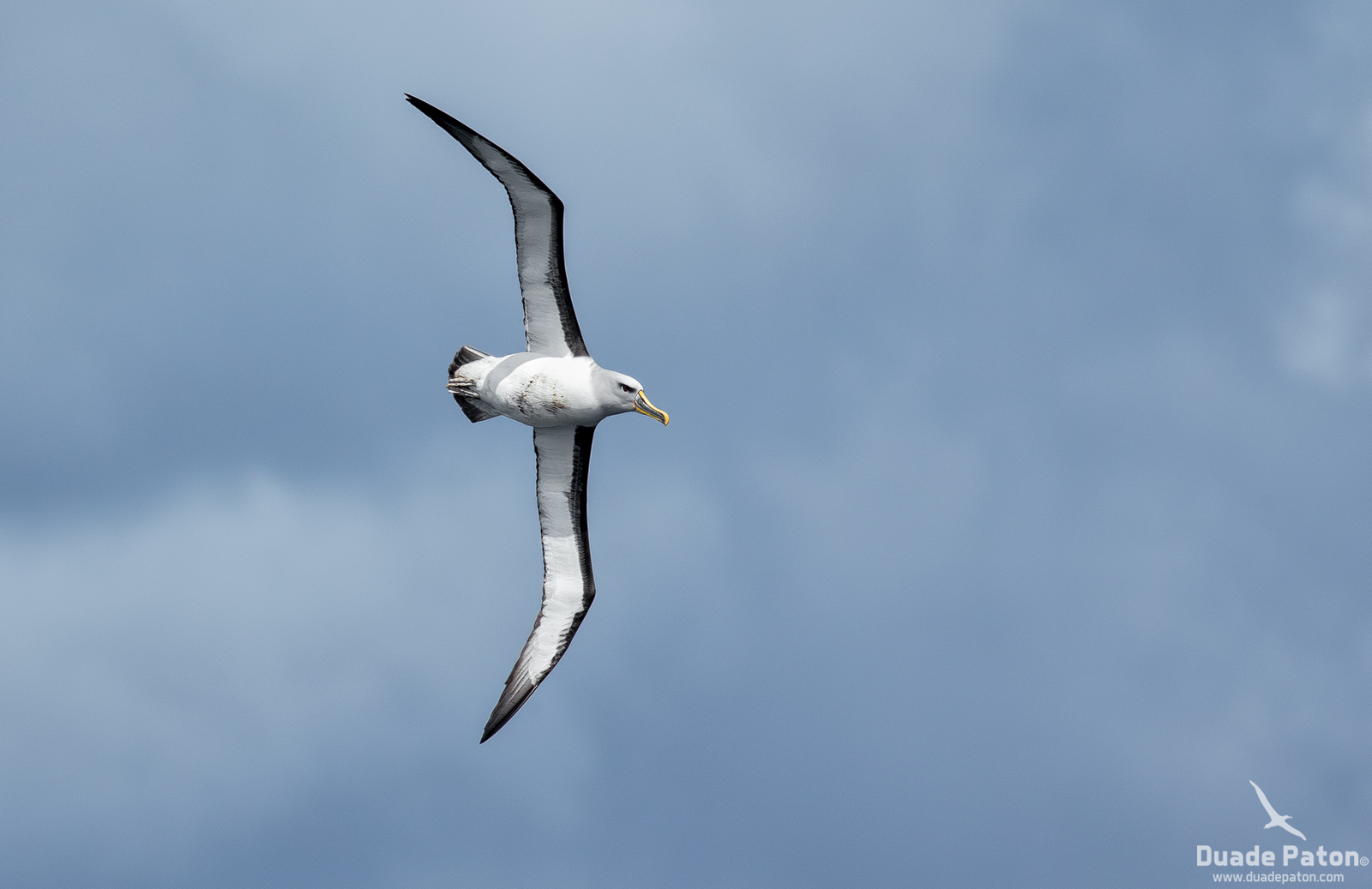 All links below are affiliate links to Amazon, if you use these links to purchase items on Amazon it goes towards supporting me and this site. Thank you.

Birding in the Capertee Valley, NSW

This site uses Akismet to reduce spam. Learn how your comment data is processed.